Dennis Oppenheim was born September 6, 1938 in Electric City, Washington. He was an American artist who lived and worked in New York City from 1966 until his death January 21, 2011.

Oppenheim participated in a collaborative print project at Normal Editions Workshop during a short term residency and exhibition at University Galleries at Illinois State University in 1992. 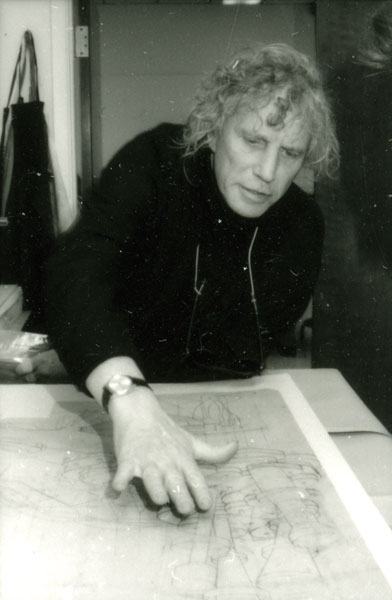 Artist Dennis Oppenheim works on his print at the Normal Editions Workshop in 1992.

Occasion for Expansion. A Combat of Structural Projections. is included in the Marks from the Matrix and Selected Impressions traveling exhibitions available from Normal Editions Workshop. 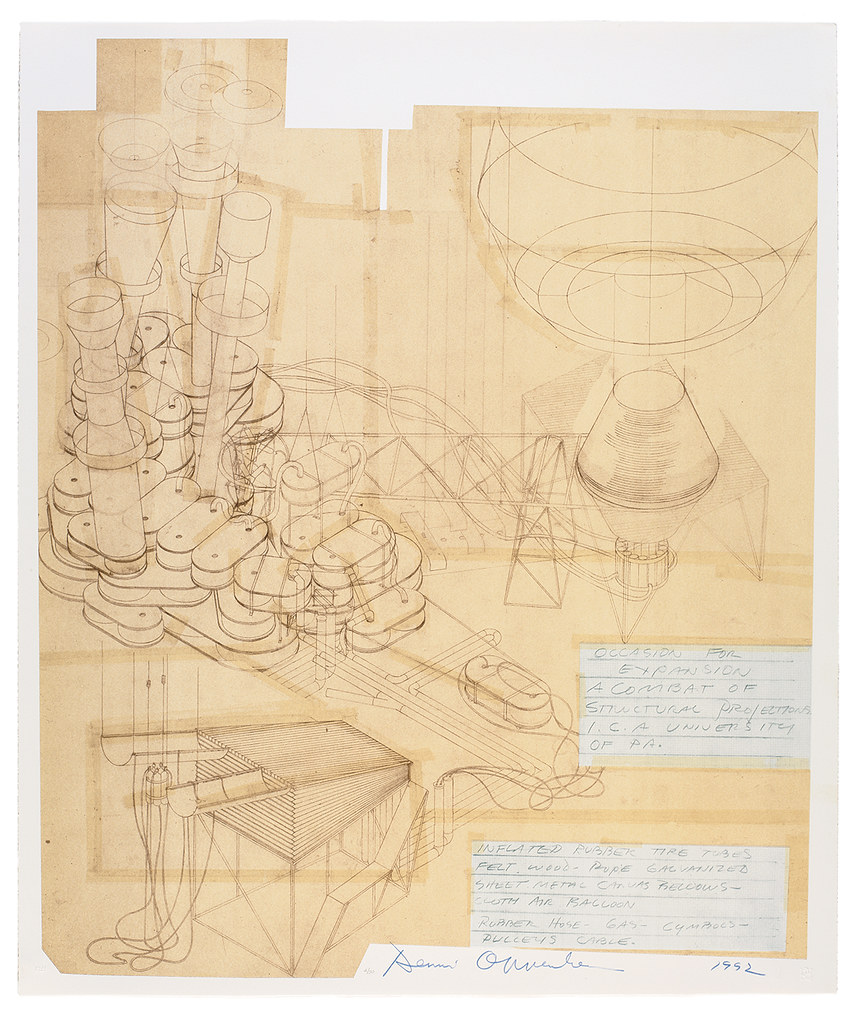 Occasion for Expansion. A Combat of Structural Projections.