Richard D. Finch was born in 1951 in Springfield, MO. He is an artist and educator living and working in Bloomington, Illinois.

Finch began teaching at Illinois State University in 1976 where he has taught all levels of printmaking and drawing, and served as Director of Illinois State University’s Normal Editions Workshop for 30 years until his retirement from teaching in 2014. In addition to his teaching and service activities at ISU, Finch maintains an active research agenda and exhibition schedule with an emphasis on the use of the human figure and still life objects as subject matter in the visual arts. His works have been included in numerous exhibitions throughout the United States and in Europe, have won many awards, and have been acquired by many public and private collections. He has conducted printmaking workshops throughout the United States, and he has been the recipient of several grants from Illinois State University, the Illinois Arts Council, and the National Endowment for the Arts.

Richard D. Finch participated in three collaborative print projects at Normal Editions Workshop in the School of Art at Illinois State University. Each edition was commissioned by a sponsor who selected the artist for their project. 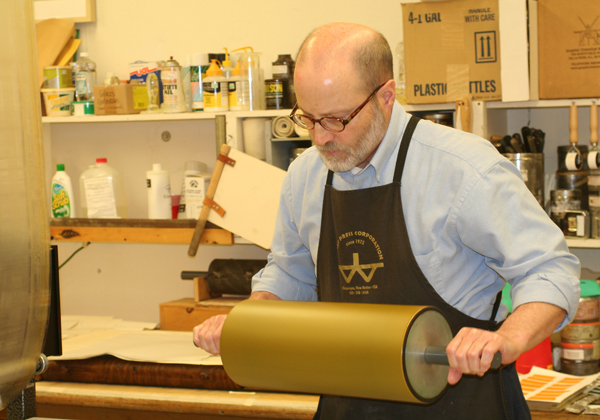 A Tribute to  Illinois State University was produced with partial support from a SSHRC grant (Social Sciences and Humanities Research Council of Canada) as part of a consortium of North American university print publishers www.publicpressink.com is the website documenting that endeavor.

Benjamin Britten: Crossroads is included in the Illinois Artists and The Intimate Print traveling exhibitions available from Normal Editions Workshop. 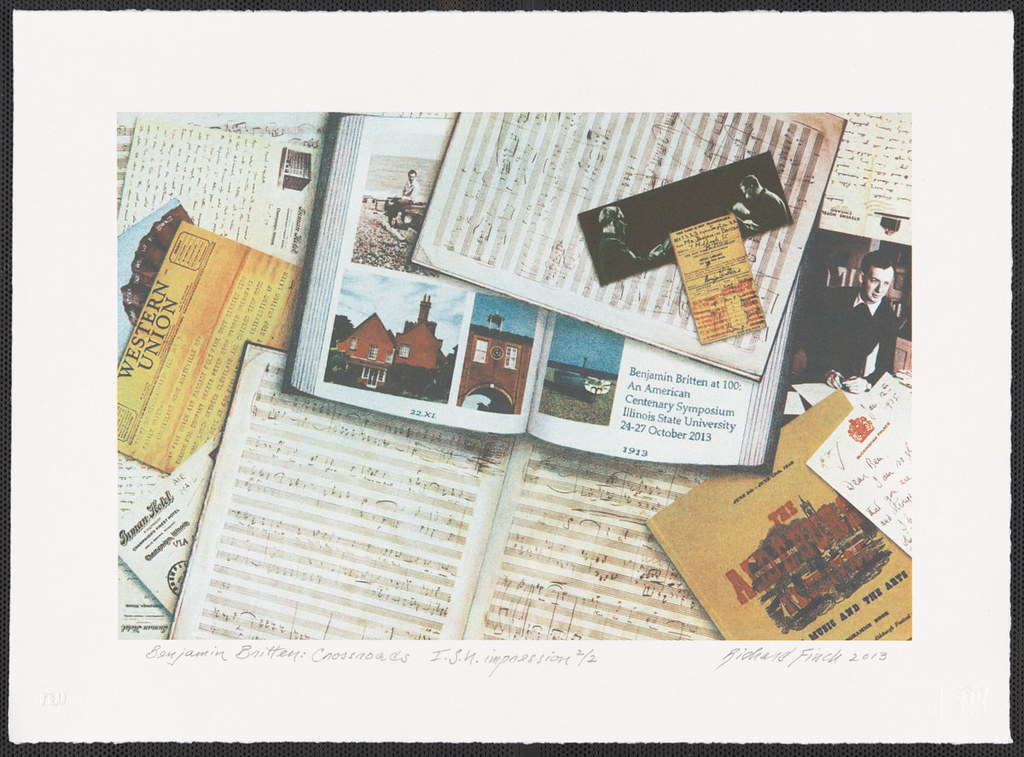 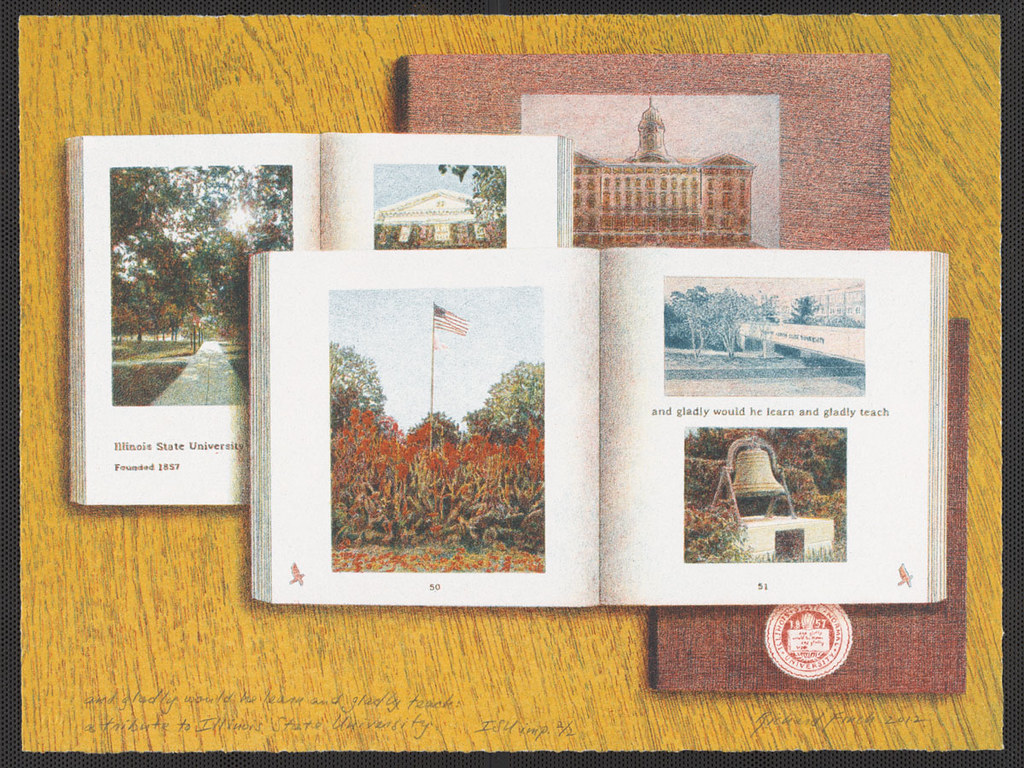 and gladly would he learn and gladly teach: a tribute to Illinois State University 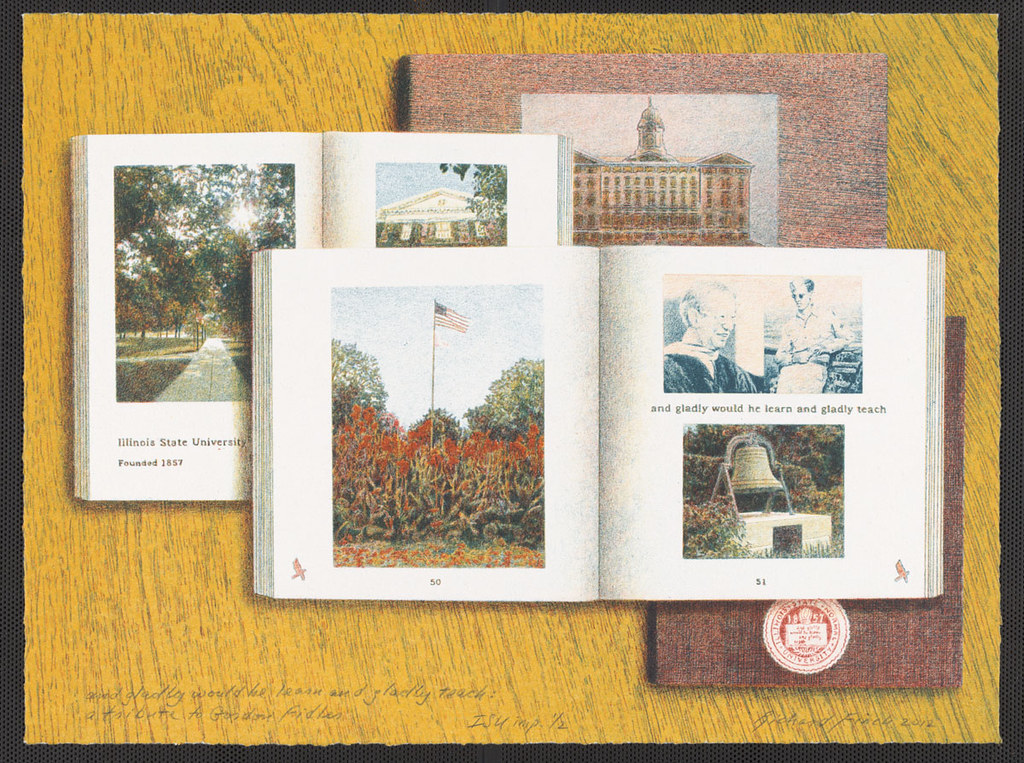 and gladly would he learn and gladly teach: a tribute to Gordon Fidler 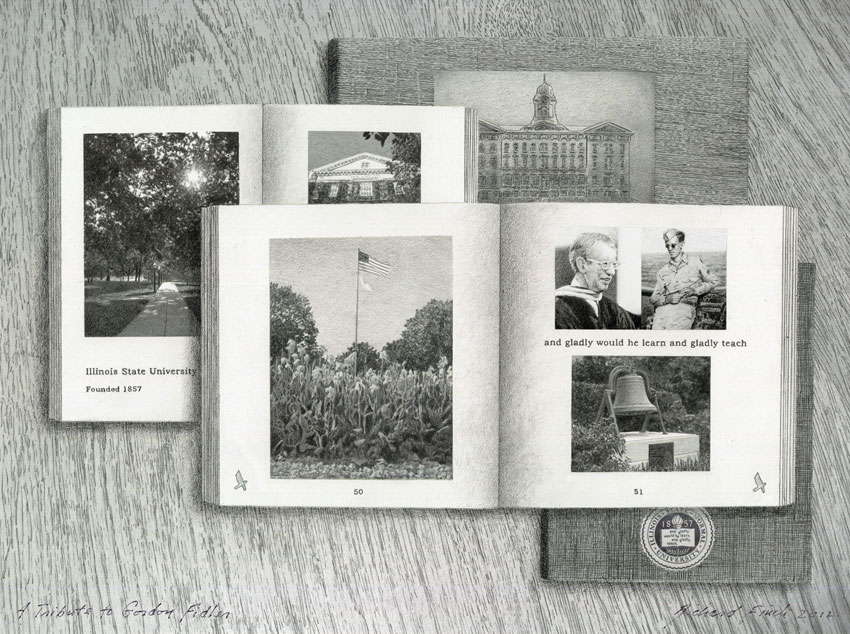 A Tribute to Gordon Fidler 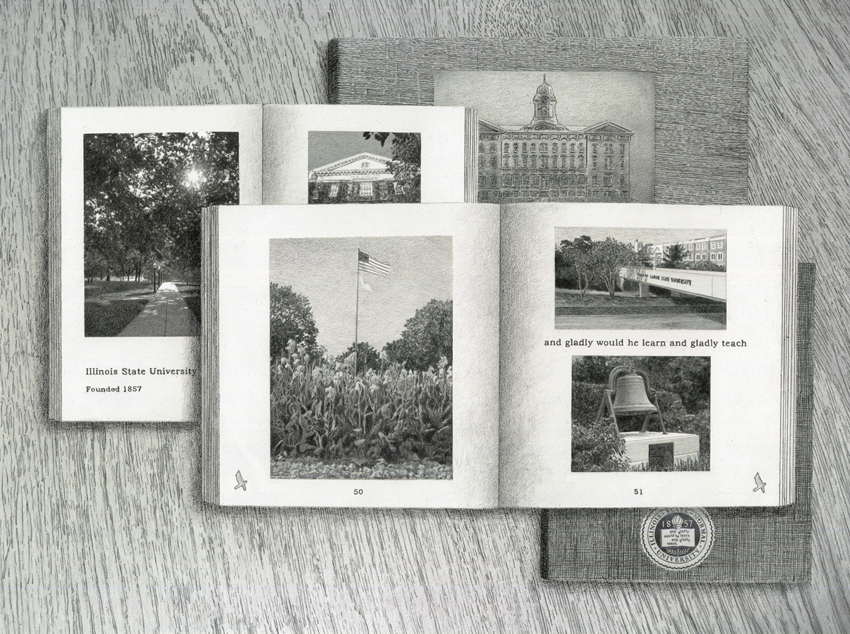 A Tribute to Illinois State University 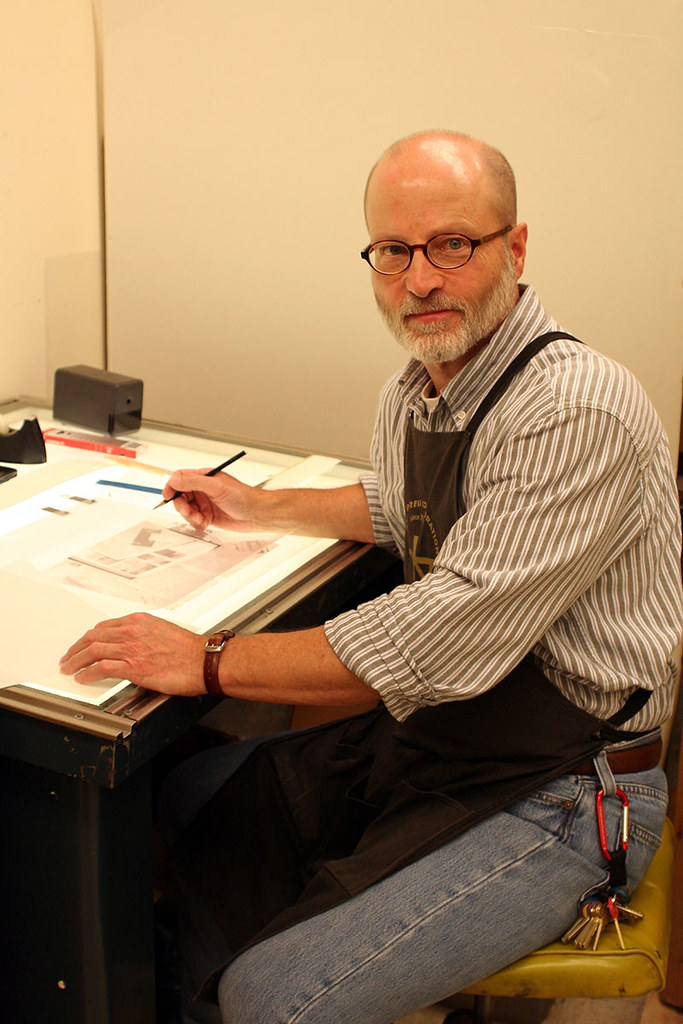 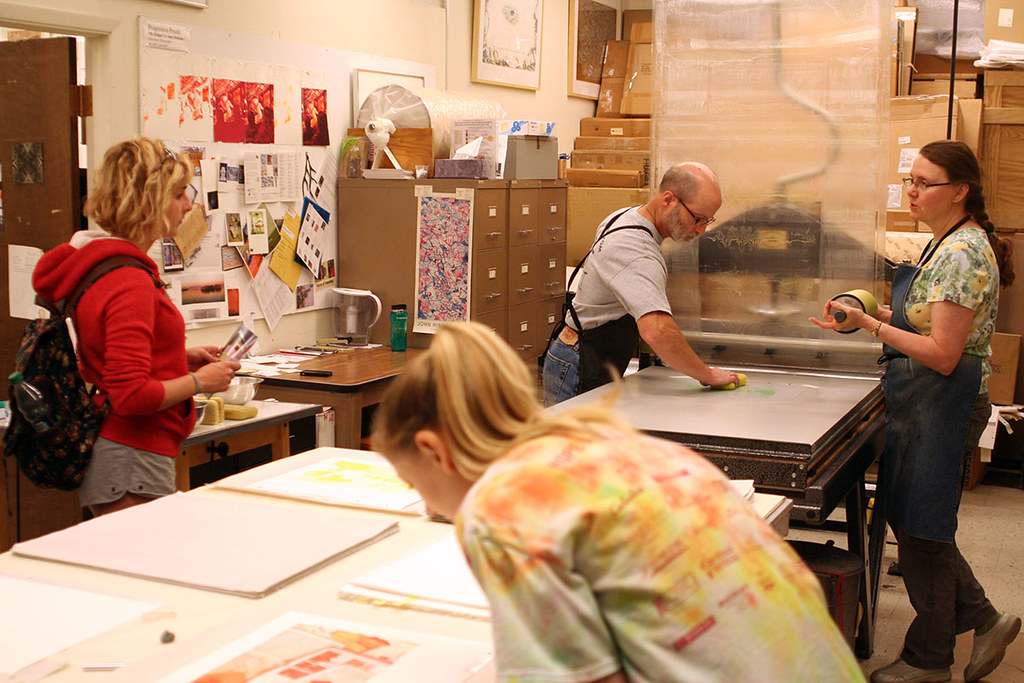 students observe printing of run one 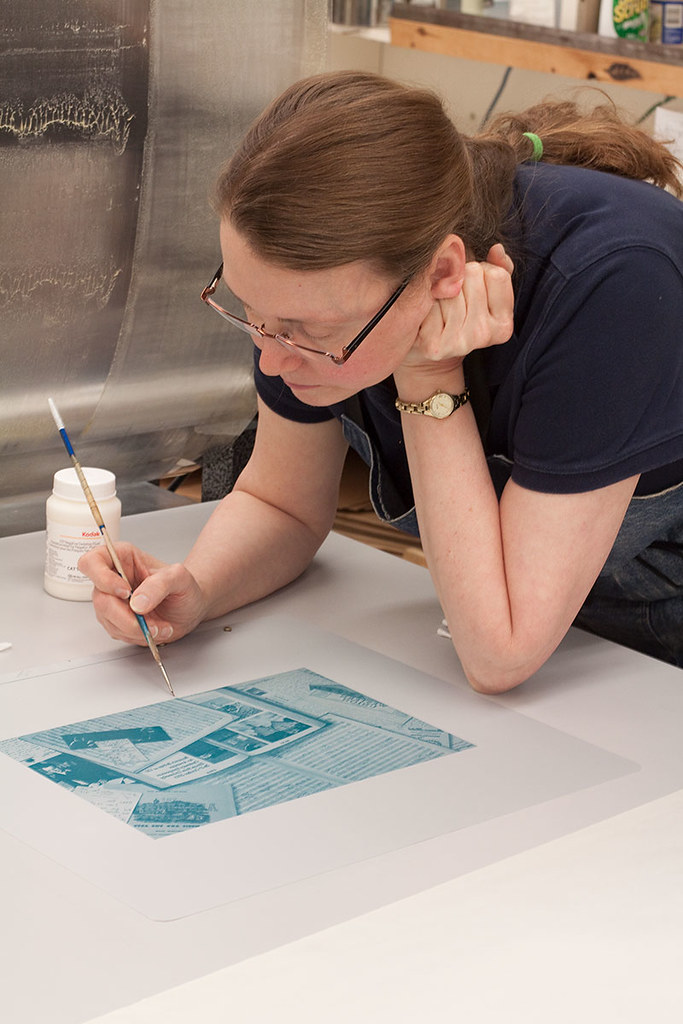 careful deletion on a plate 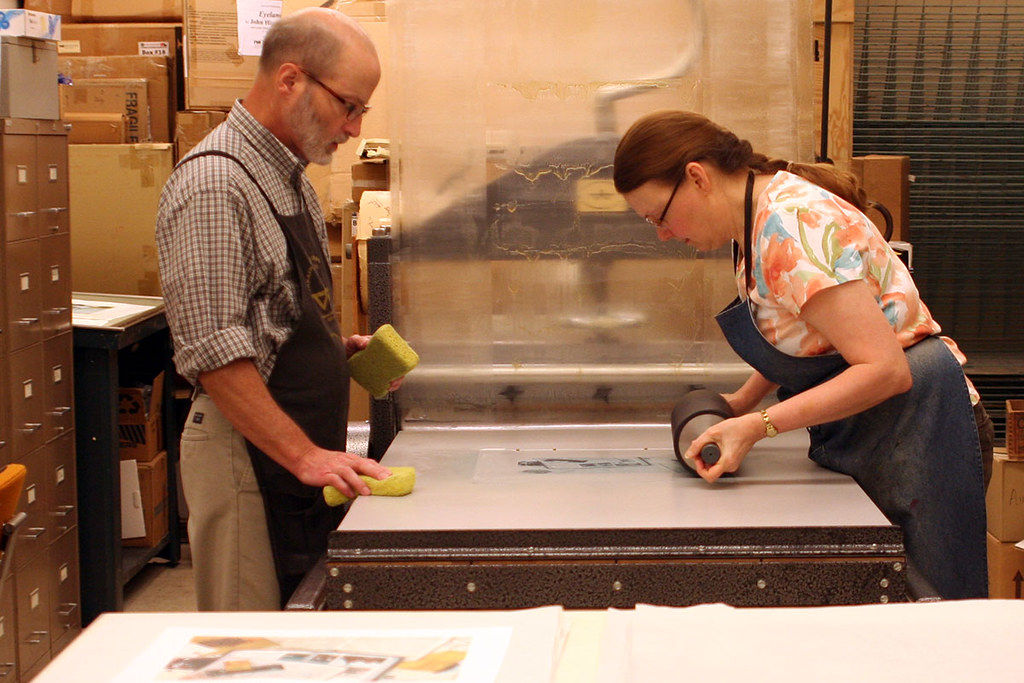 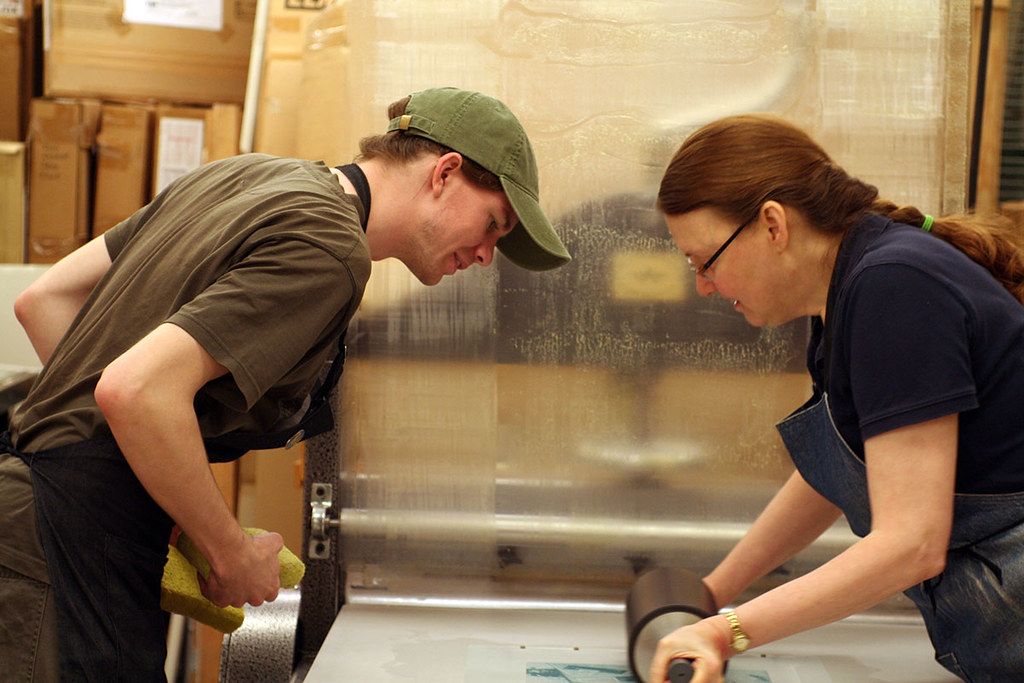 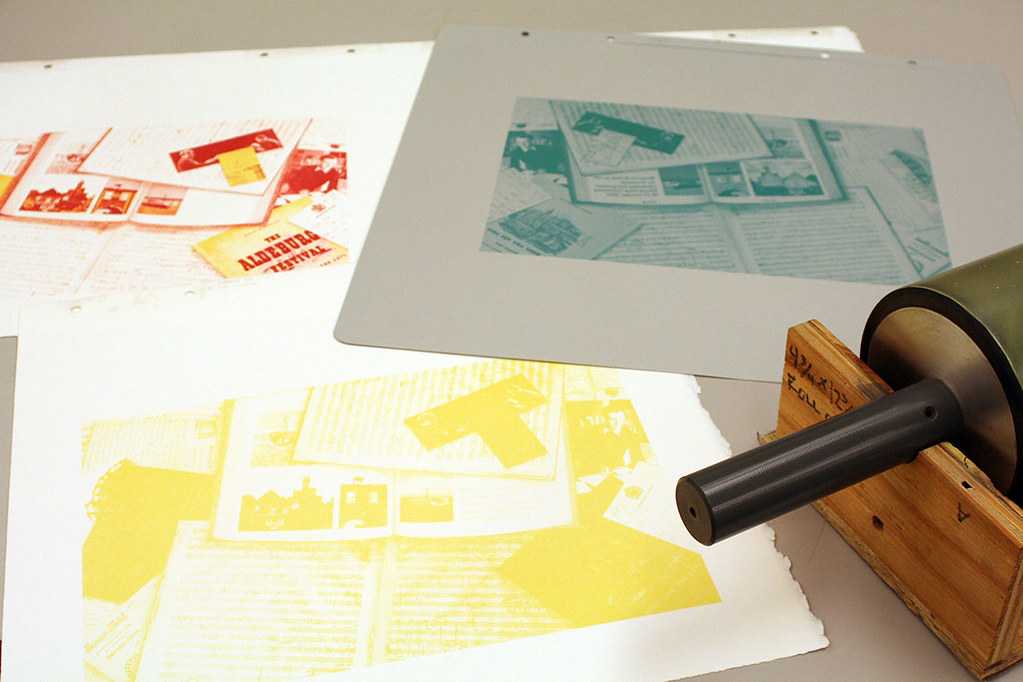 two color trial proofs, a plate, &amp; a roller from the work in-progress 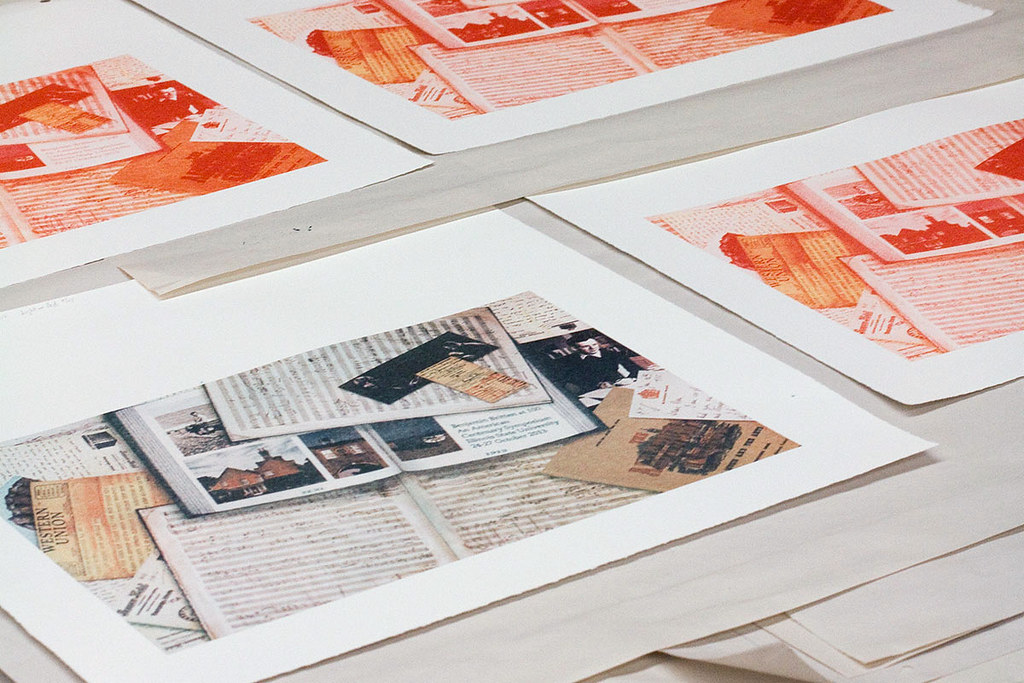 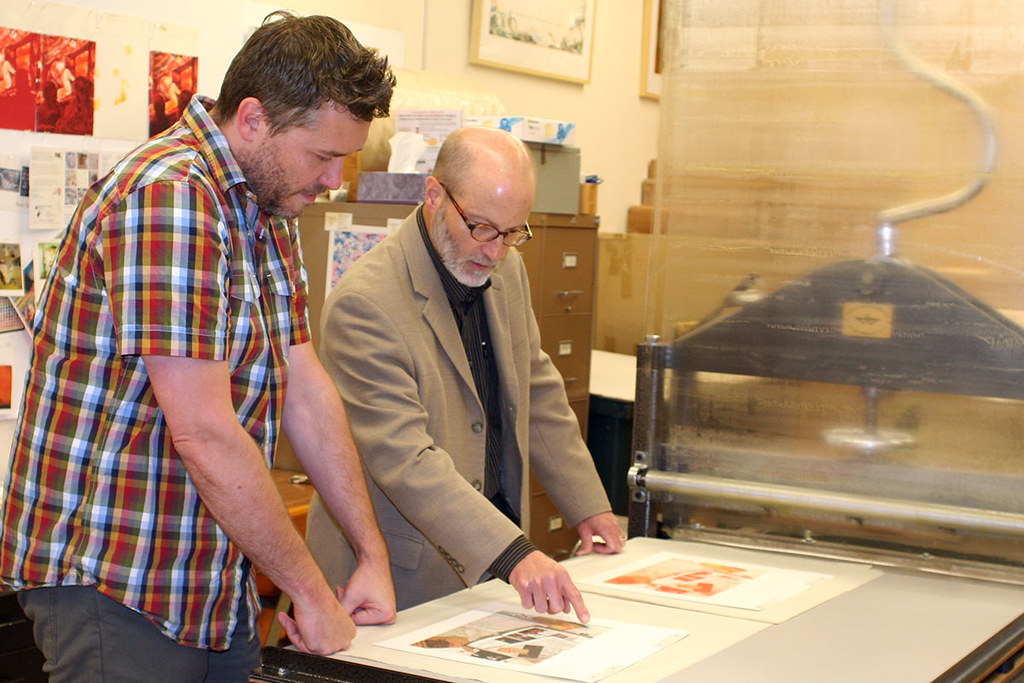 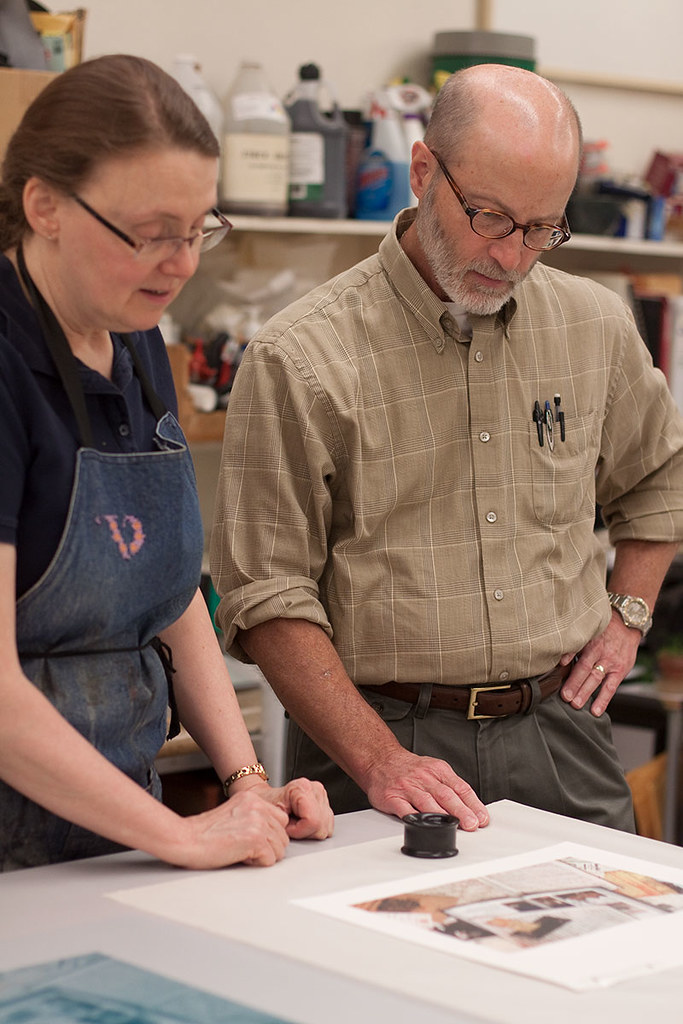 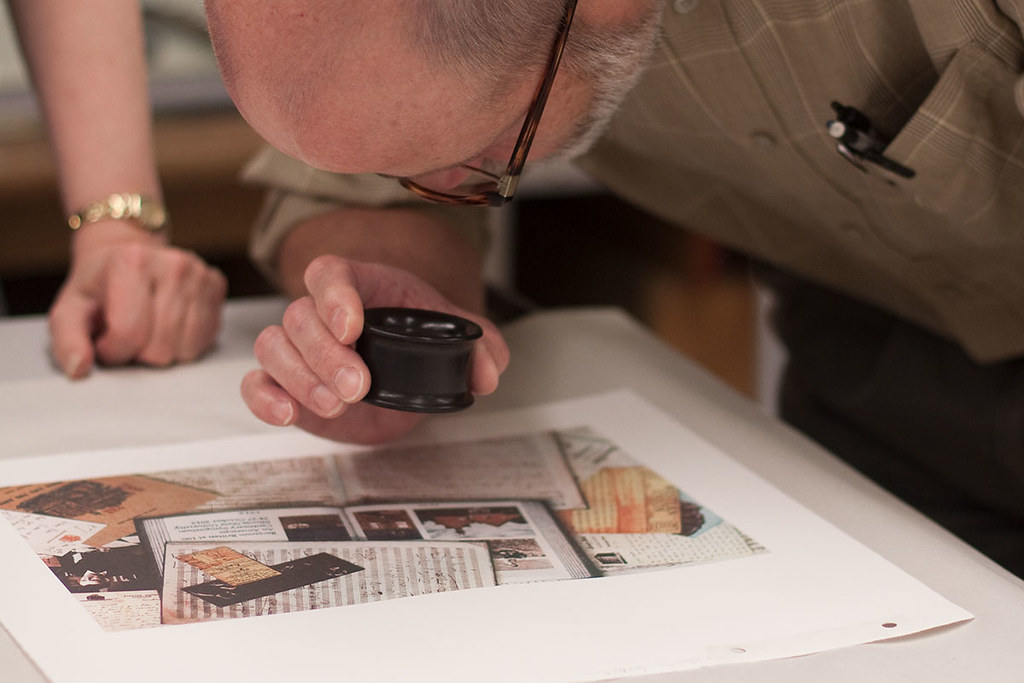 close inspection of a proof by Richard Finch 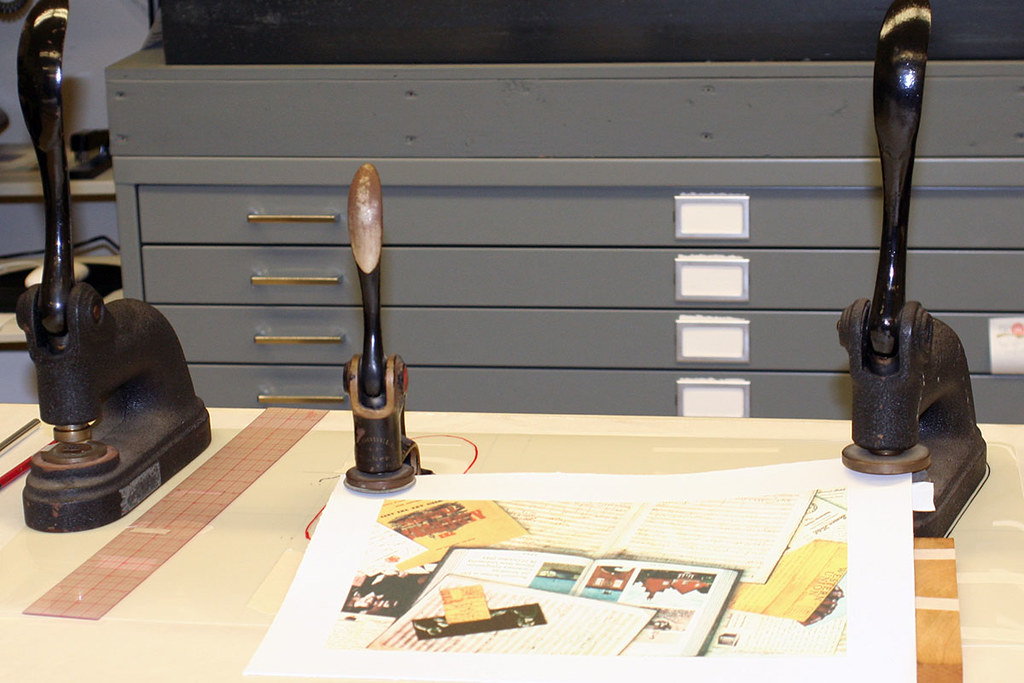 impression being chopped with 3 blind-emboss chops
one each for the printshop, N.E.W.; the artist, Richard Finch; and the printer, Veda Rives 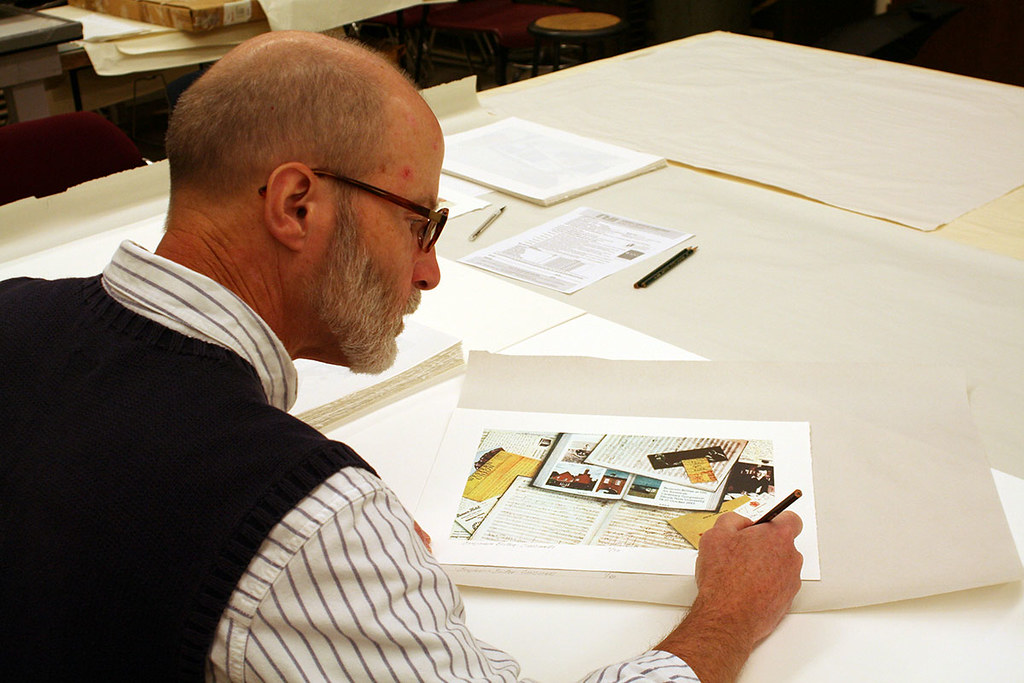 Artist, Richard Finch, signing a print from the edition 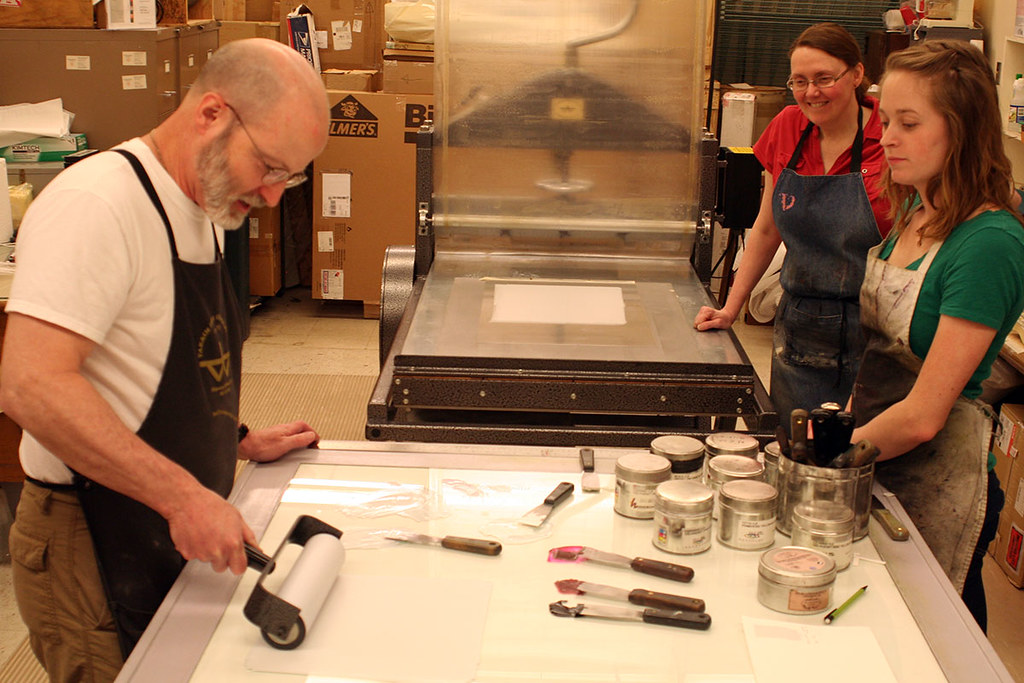 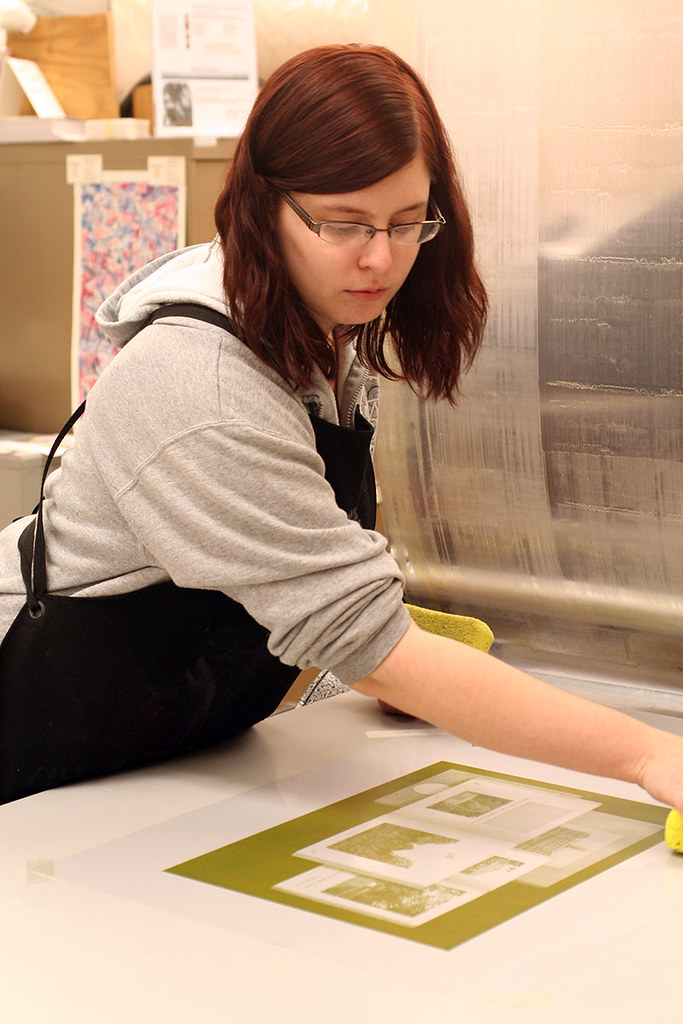 sponging the plate for run one

Katie Johnson sponging the plate for run one 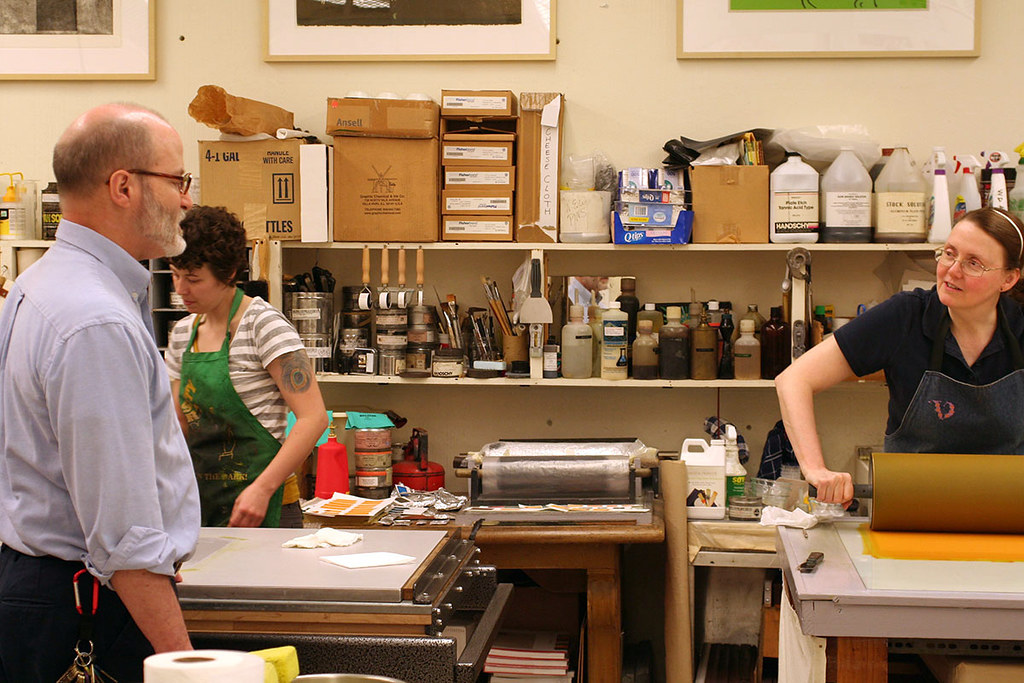 preparing to print run one 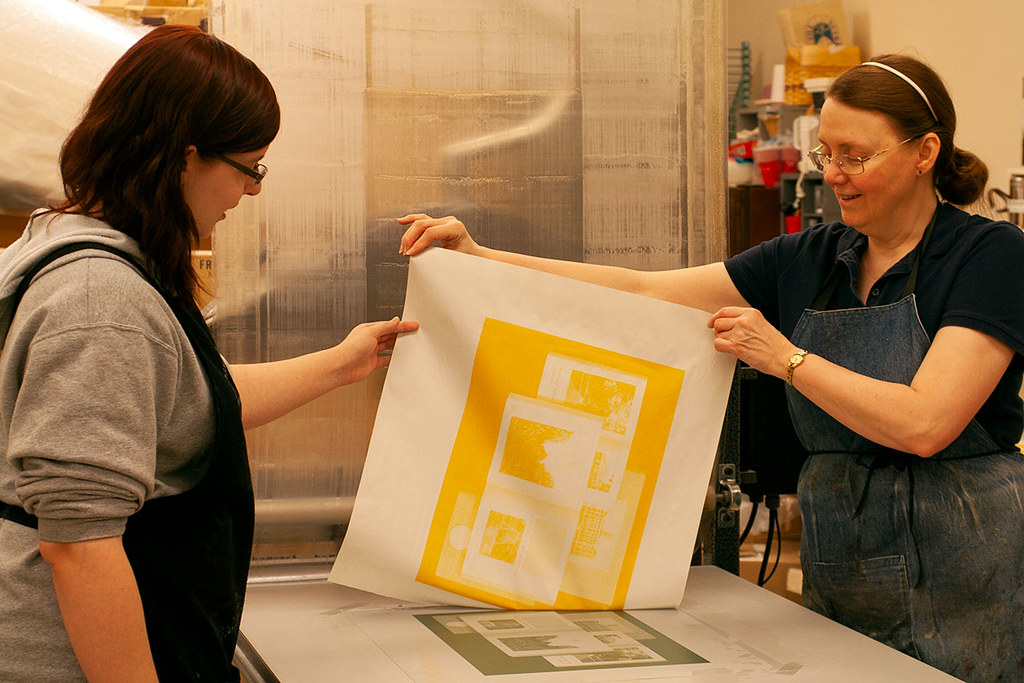 pulling a proof for run one

Katie Johnson and Veda Rives pulling a proof for run one 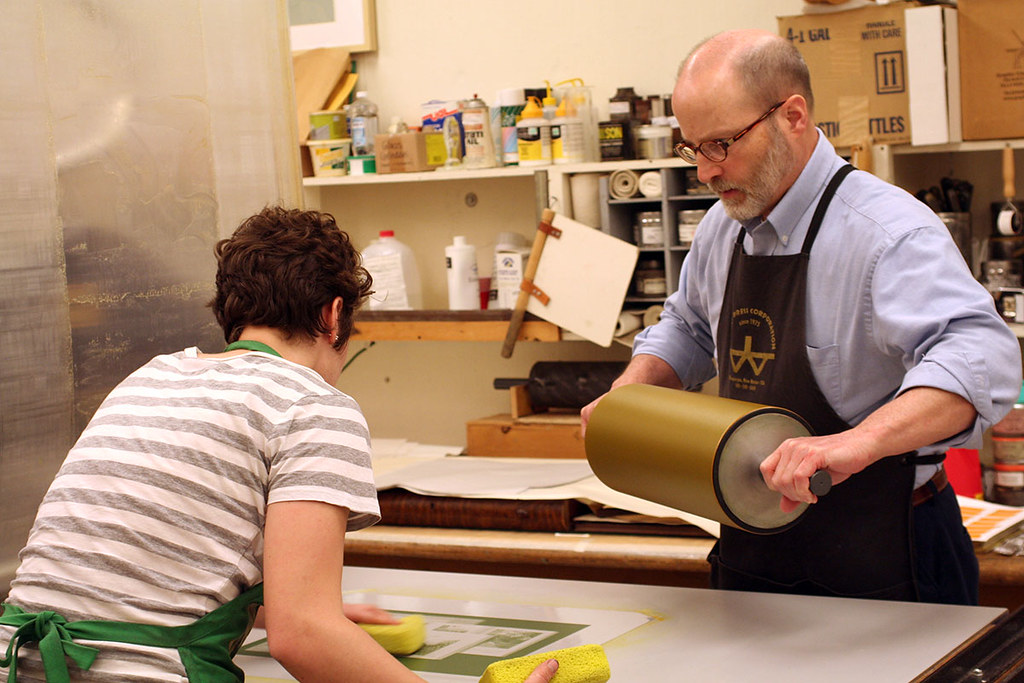 sponging for run one 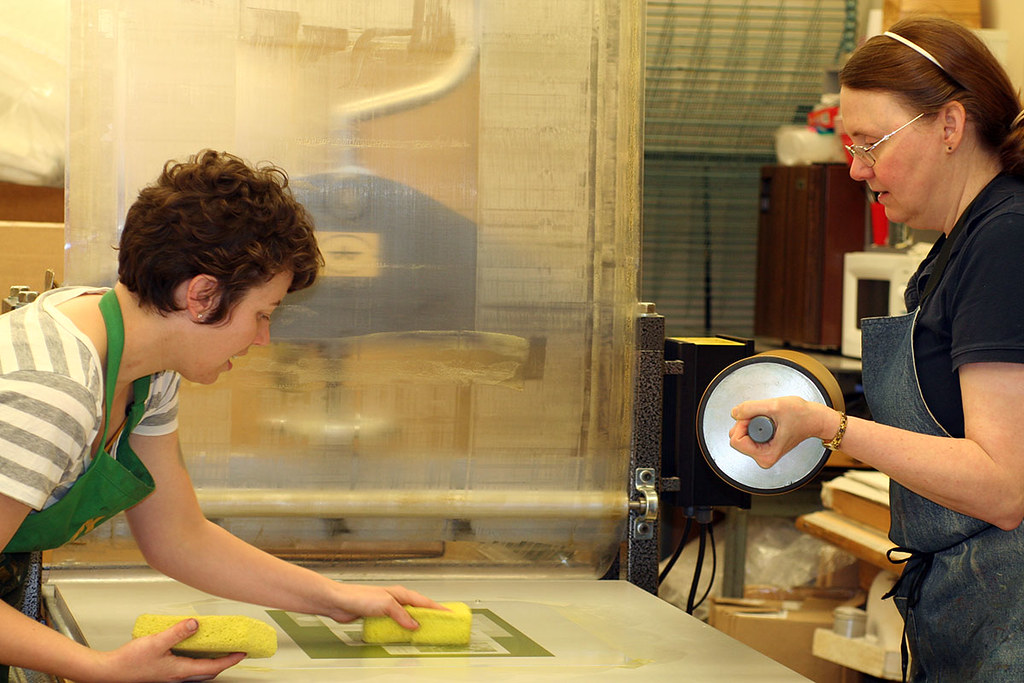 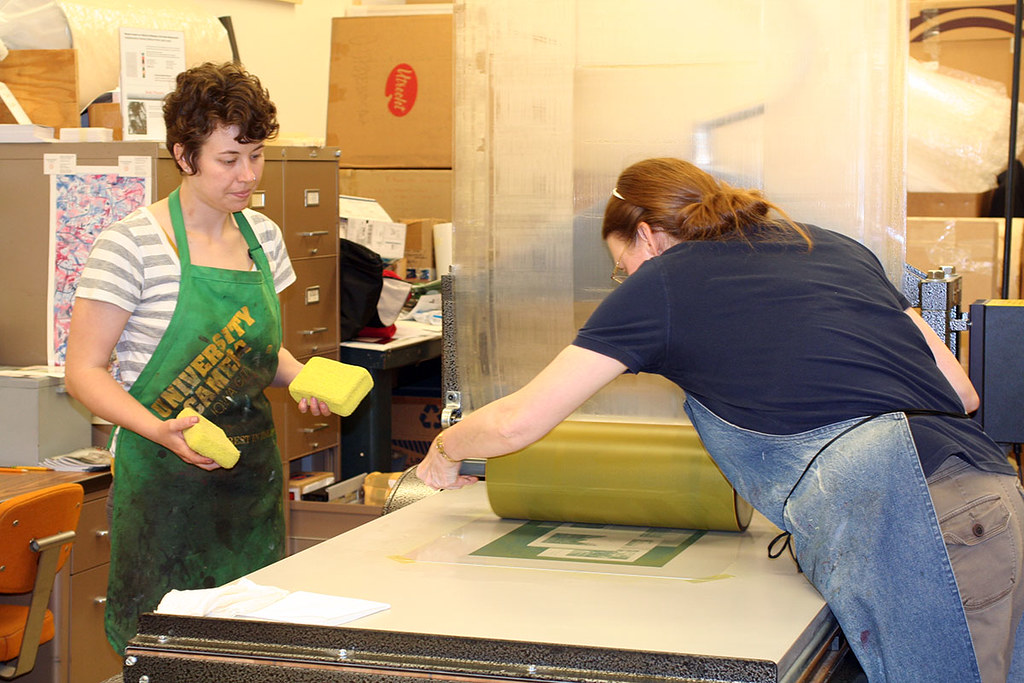 rolling ink for run one 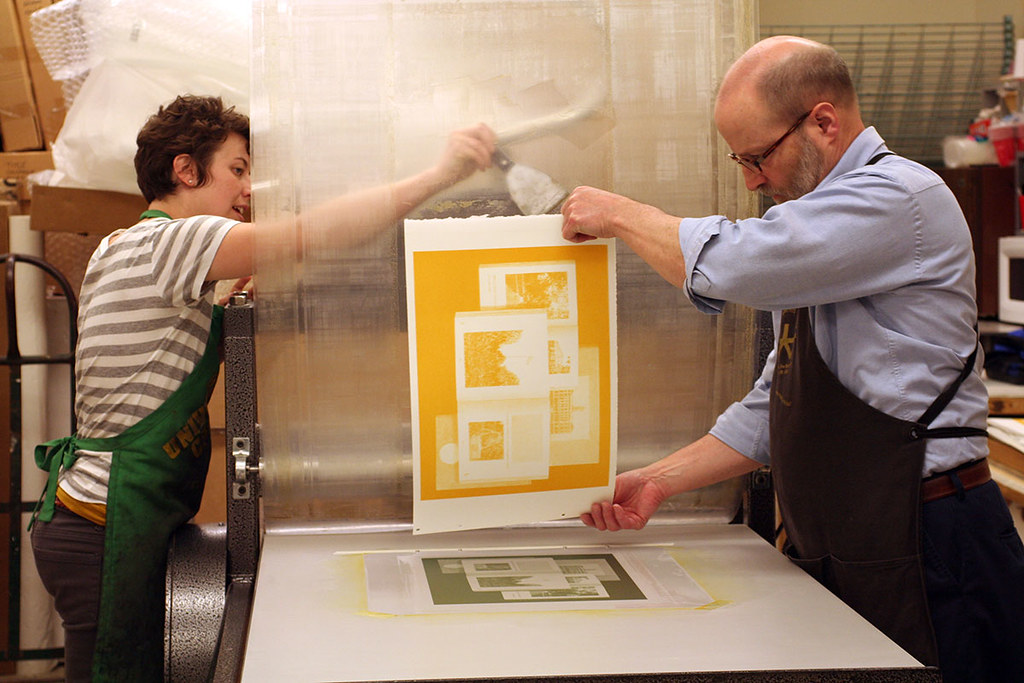 pulling an impression for run one 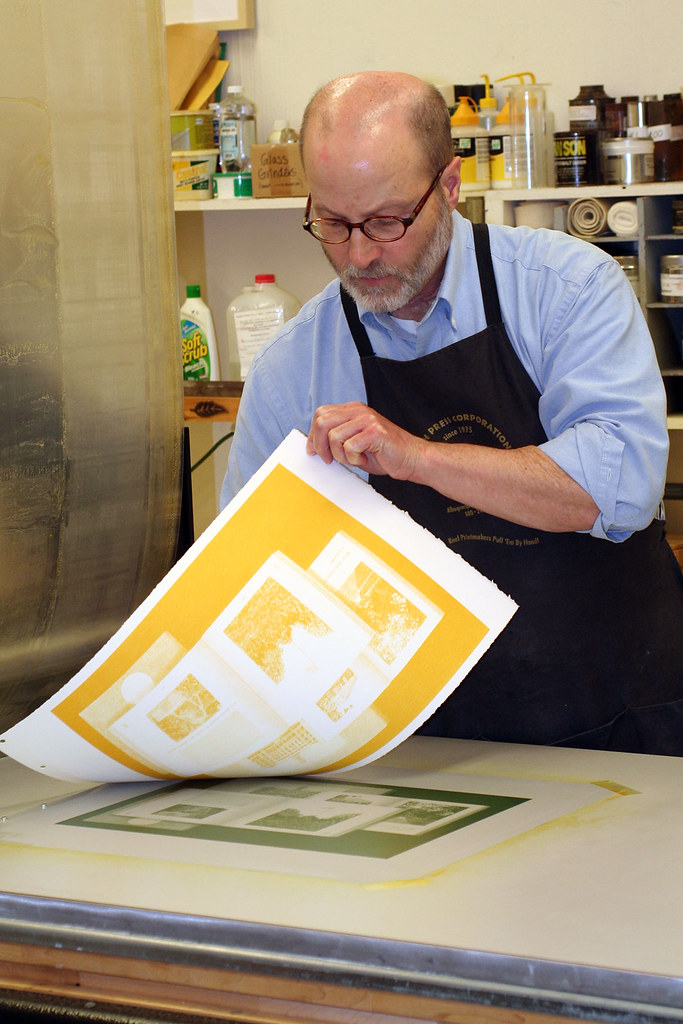 last impression for run one

Richard Finch pulls the last impression for run one 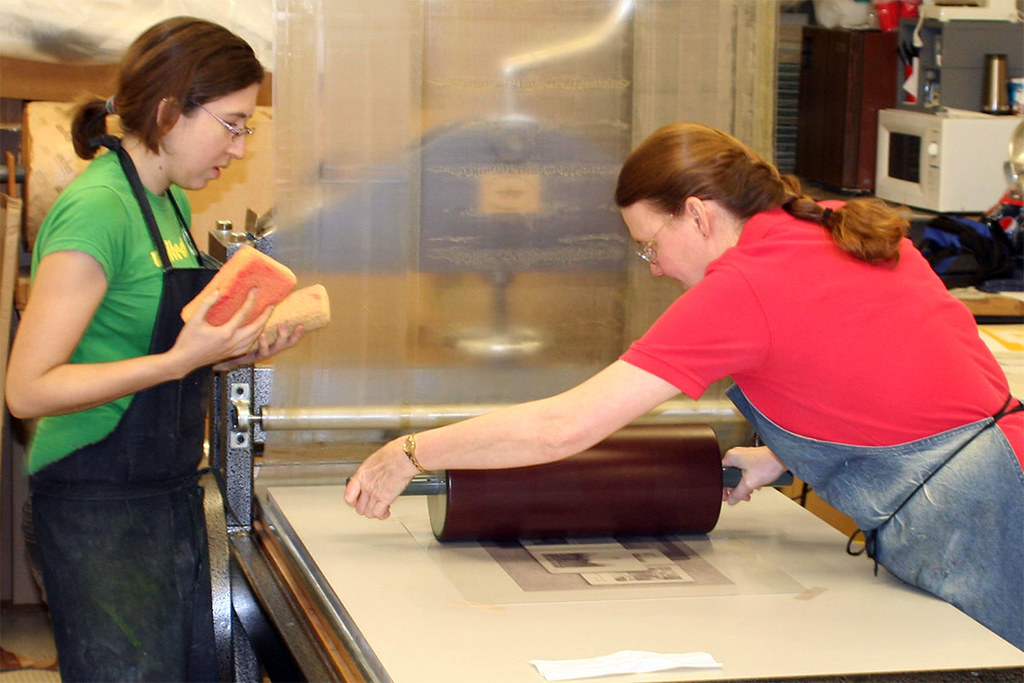 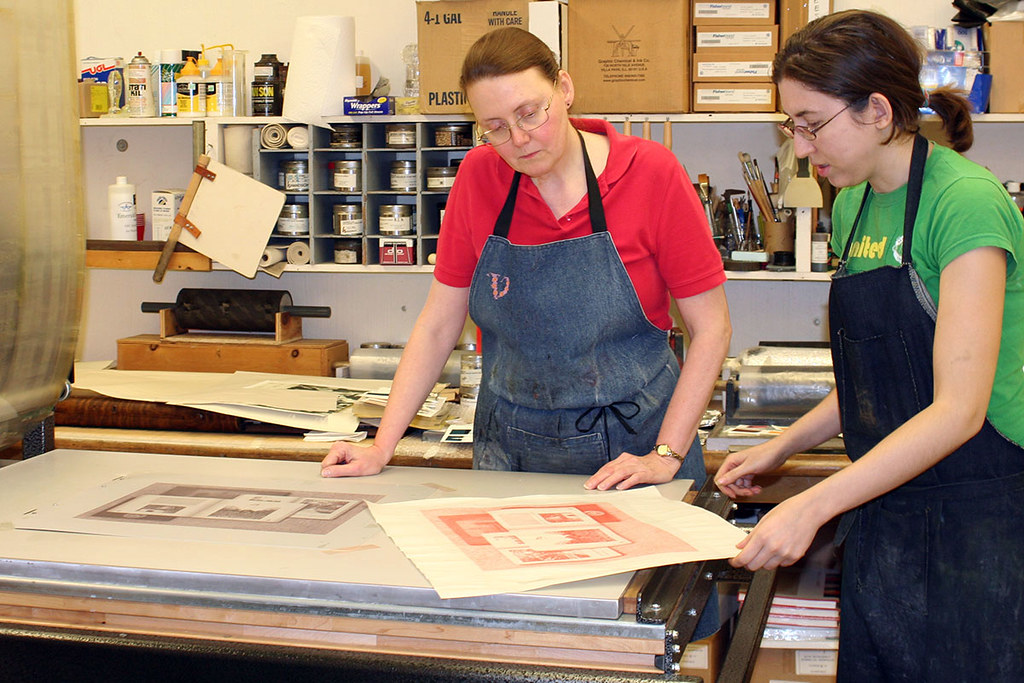 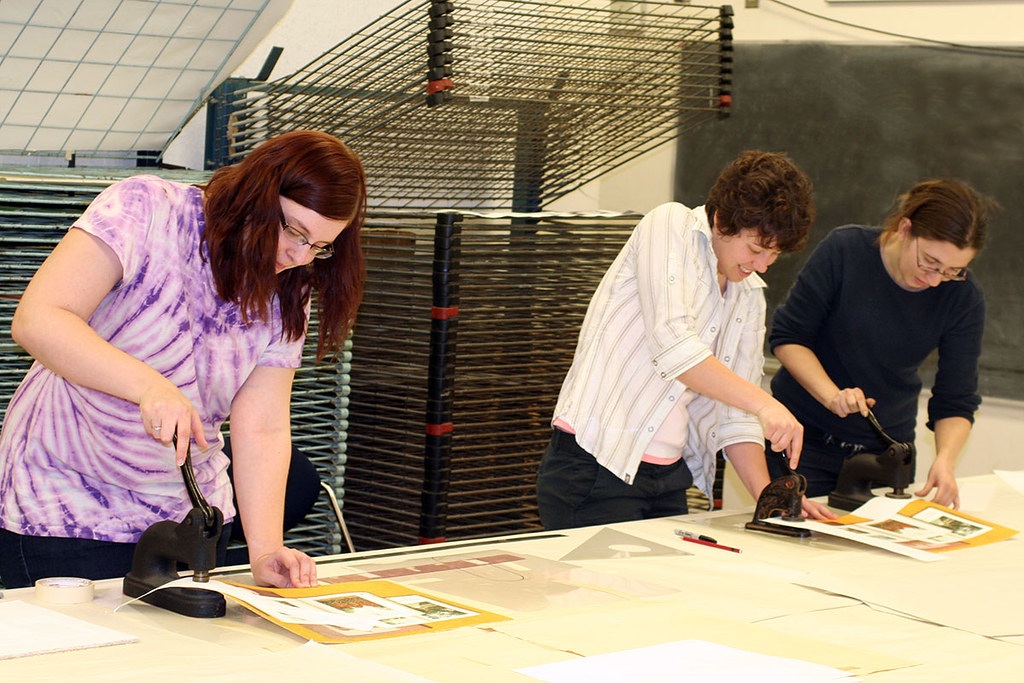 chop marks for each impression of the edition