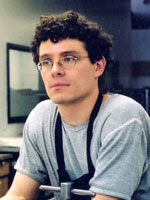 During the last six years Professor Caulfield has participated in a wide range of national and international exhibitions throughout Canada, the United States, Europe, and Japan. Significant exhibition during this period include:

Professor Caulfield’s work is in various public and private collections including: