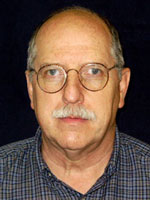 Wayne Kimball has taught Lithography and Drawing at Brigham Young University, Provo, Utah since 1984. He holds both an MFA from The University of Arizona in Tucson and a Tamarind Master Printer Certification (TMP) from the Tamarind Institute, The University of New Mexico in Albuquerque.

His exhibition record is extensive, including 55 solo exhibitions at various galleries, museums, and educational institutions; 414 regional, national, and international juried and invitational exhibitions; and 95 awards from juried competitive exhibitions.

In addition, Kimball’s work is represented in 75 permanent institutional collections including: 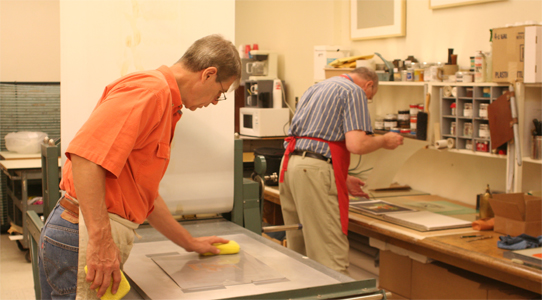 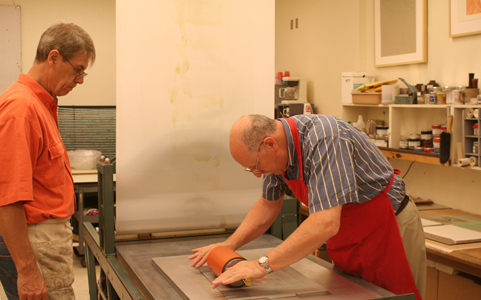 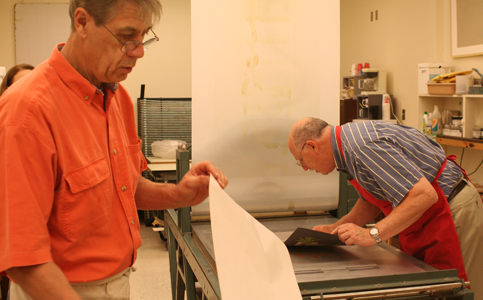 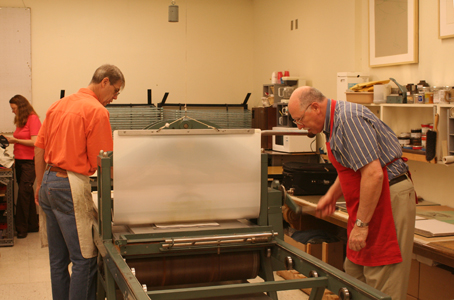 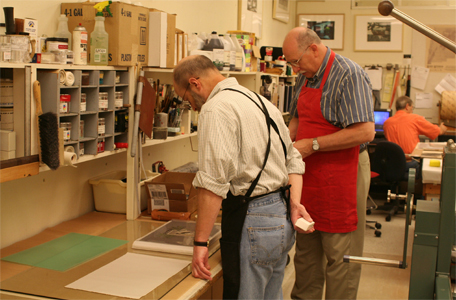 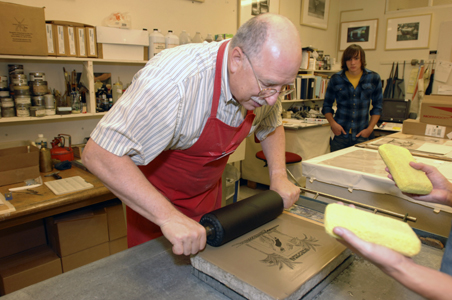 rolling ink on the stone 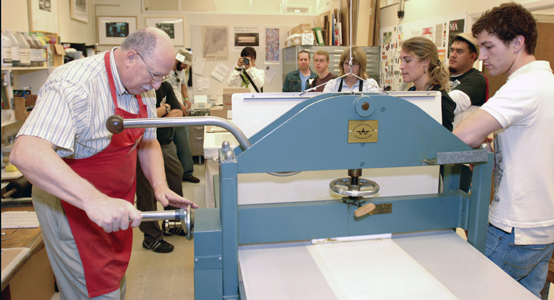 Wayne Kimball cranking the lithography press during the editioning demonstration 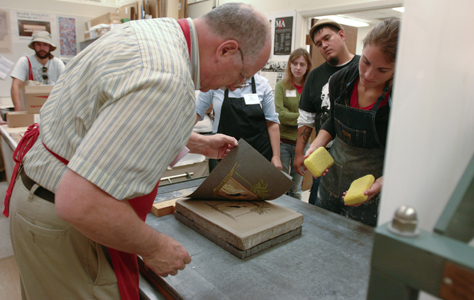 lifting the impression from the stone

Wayne Kimball lifts the freshly printed impression from the stone 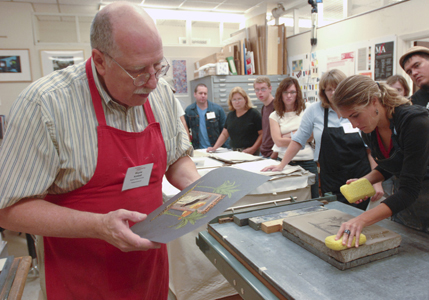 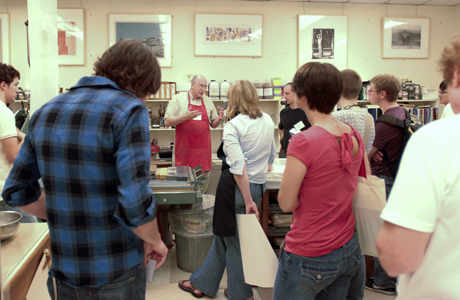 Wayne Kimball speaks to the conference attendees during his demonstration 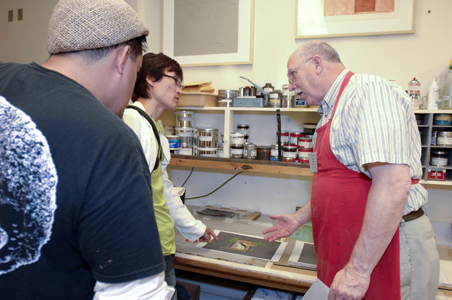 questions from the audience 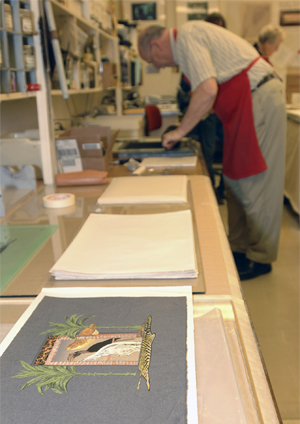